Gordon B. Fister ‘33 served as Muhlenberg’s first Director of Public Relations, and was responsible for setting up that office when he was became President Tyson’s first staff appointment in 1937. He had worked for the Call-Chronicle newspaper group in Allentown since his sophomore year at Muhlenberg, and spent his entire 45-year career with that organization, serving as reporter, promotion director, and editor.

He served Muhlenberg on a part-time basis from 1937 until 1949, during a particularly turbulent period that included the establishment of the Navy V-12 and V-5 programs at the College, an important initiative that was celebrated in the Alumni Magazine, of which he was editor. Additionally, during Alumni Secretary John Wagner’s Navy service, Fister assumed Wagner’s responsibilities, including publishing a bi-weekly newsletter to the alumni and students serving in the armed forces, and corresponding with hundreds of ‘Berg men who sought to remain connected with their alma mater while performing their military service.

With the assistance of his secretary Elsie Mittel and others, Fister united Muhlenberg’s alumni network around the world, supplying stationery, addresses, and newsy accounts of events on campus. His preservation of this correspondence among his papers until his death in 1986, and their eventual donation to the College, serve as the cornerstone of this project. 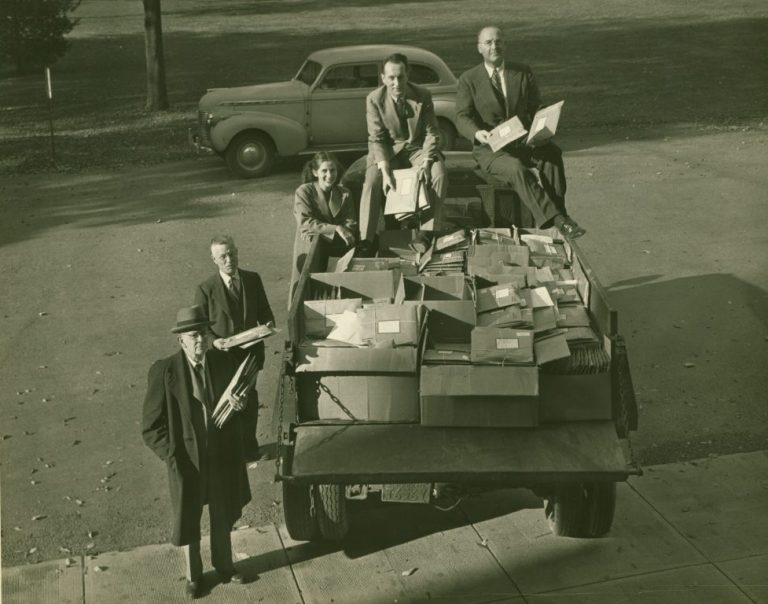