Dr. Harold A. “Haps” Benfer served Muhlenberg in many capacities during his 40-year tenure. Born in 1893 in Lock Haven, Pennsylvania, Benfer attended York High School and later Albright College, where he excelled in basketball, baseball, and football. He was named first-team all-American fullback in 1914, playing against the likes of Jim Thorpe, whom he later invited to Muhlenberg in 1941 to present ‘Berg players with their varsity letters. During his college years, Haps spent two summers working out with the St. Louis Cardinals’ farm team. In 1956, he was named Albright’s “Athlete of the Century.” Following graduation, he did graduate work at the University of Illinois and the University of Pennsylvania and was ordained as a minister in the United Evangelical Church.

After stints as coach and instructor at Bucknell and Albright, Benfer arrived at Muhlenberg in the fall of 1925 as Coach of Athletics, leading the football and baseball teams, as well as as instructor of religion.  In 1929, he became the Registrar and Dean of Freshmen and in 1935, Dean of Admissions, a position he held until 1963, when he moved into the role of Director of men’s dormitories

Along with his wife, Mabel, Haps lived in West Hall (now Brown), which became a freshman dormitory in 1939, for many years. He was accessible to his “boys” at all hours, enforcing study hours nightly between 7:30 and 10:30. Haps was “Mr. Muhlenberg” to generations of ‘Berg students. According to Benjamin Livingood ‘59 and many others, Haps “etched a lasting impression on the minds of all who knew him…I can see him yet, patrolling the corridors of old West Hall, the freshman dormitory that was his domain. I clearly remember those battered leather slippers and worn flannel bathrobe that constituted his nightly attire.”

Haps Benfer was the first non-alumnus ever to be awarded an Alumni Achievement Award in 1958. In 1965, just months before his death, he was honored at the dedication of the dormitory that still bears his name, Benfer Hall. 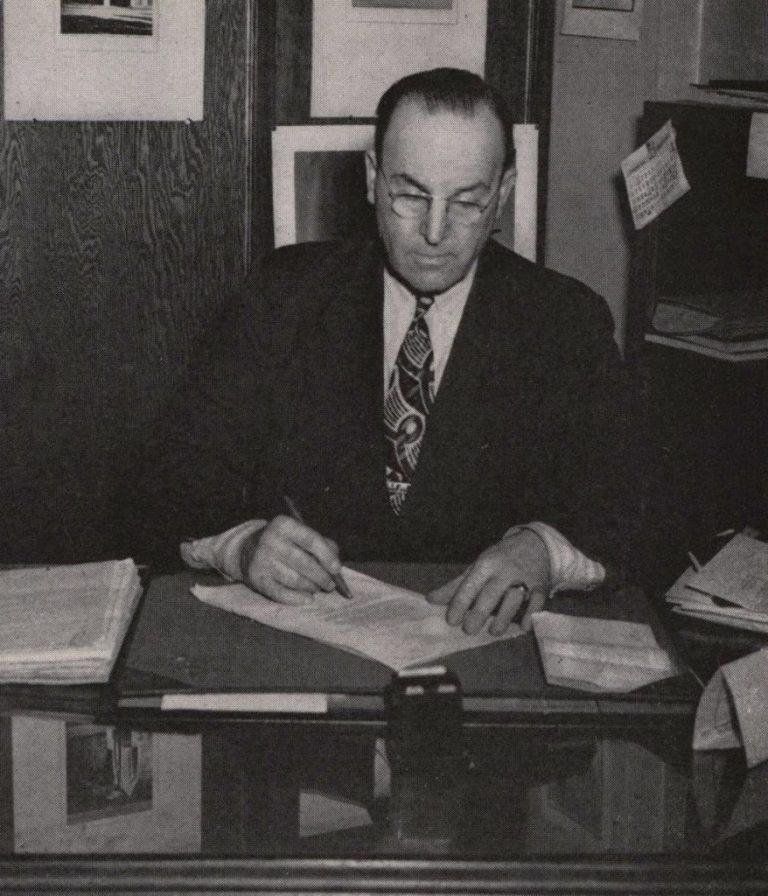