In the spring and fall semesters of 1947, five students set foot on Muhlenberg’s campus with little fanfare. The College was in the midst of record enrollment as it rode the post-WWII G.I. Bill boom; the Administration Building (now Ettinger), the heart and soul of the campus, had been severely damaged in a fire on the eve of commencement just months before; and the Board of Trustees was struggling with the Lutheran Ministerium over the issue of coeducation, which would be postponed for another ten years.

The Muhlenberg Weekly in September 1947 speaks of new faculty and football season prospects, but nowhere is it commemorated that the first Black students had arrived at Muhlenberg. Julius Becton, Payton Flournoy, William “Elmo” Jackson, William Pulley, and James Williams were, according to archival evidence, wrapped into the life and activities of the College without the tension and attention that would accompany wider college and university enrollment of Blacks in the late 1960s, including at Muhlenberg. This happened nationwide in the 1950s, as campuses that had been de facto white-only began seeing the arrival of a few Black students as their administrations began to actively recruit.

Allen B. Ballard, one of the two first Black students at Kenyon College, wrote that the experience in this period was very much one of fitting in, of conforming to campus “norms,” unlike the more activist experiences of students of color in the late 1960s.2  Muhlenberg’s first five maintained their interest in forwarding opportunities for their community, however, attending NAACP meetings at a private residence in Allentown.

It is not surprising that our first Black students arrived under the administration of President Levering Tyson, a progressive, cosmopolitan man who in many ways raised Muhlenberg’s profile beyond that of a slightly provincial, denominational institution to one of national prominence.

Tyson’s first term saw the establishment of a solid social science program at Muhlenberg as well as the hiring of the first female faculty member. His foresight led him to pursue the Navy training programs that allowed the College to survive the lean years of World War II and come out stronger on the other side, and it is easy to envision him considering the issue of racial integration with the same forward thinking. 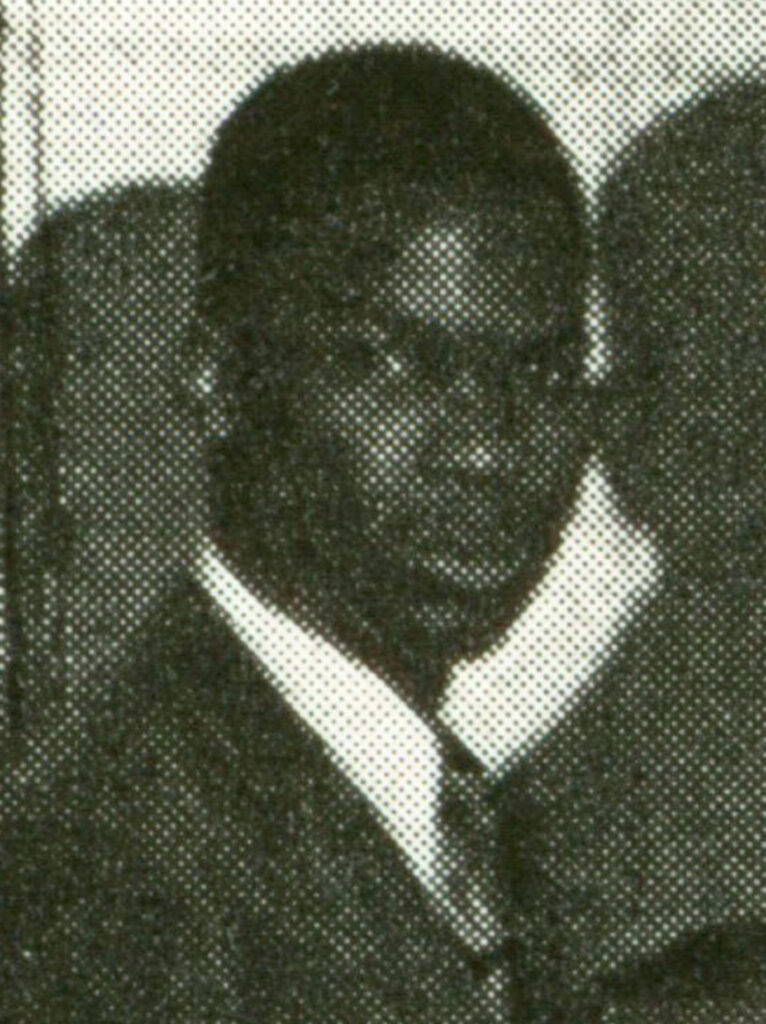 Army veteran Julius W. Becton Jr. arrived at Muhlenberg in 1947 after recently serving two years of active duty in World War II. Attracted by Muhlenberg’s strong pre-medical program and its proximity to his family in Bryn Mawr, Pa., and encouraged by his high school football coach, Becton applied and was accepted to Muhlenberg.

During his year and a half at ‘Berg, he served as treasurer of the Pre-Med Club and president of der Deutsche Verein, the German club. He played on the freshman football team and also lettered in track. He was recalled to active military duty in November 1948, and eventually completed his bachelor’s degree at Prairie View A&M University in Texas. Continuing his Army service, Becton received a Silver Star for his valorous actions in the Korean War and another during the Vietnam War. He spent 40 years as an officer, retiring at the rank of Lieutenant General, and in 1985 President Reagan appointed him as director of the Federal Emergency Management Agency.

Following a four-year stint in this position, he served as president of his alma mater, Prairie View A&M and later served as CEO/superintendent of public schools in the District of Columbia. In 2007, he was awarded the George Catlett Marshall Medal, the highest award presented by the Association of the U.S. Army (AUSA) for being a “soldier, combat commander, administrator, educator, public servant, government leader and role model.”

In 1988, Muhlenberg College awarded him an honorary Doctorate of Laws. He currently resides with his wife Louise in Virginia.

In his autobiography, General Becton said that he was made aware of the fact that he would be among the first black students to ever attend Muhlenberg. “I had decided a long time before then that I was not going to let such situations prevent me from accomplishing my goals.”3  His memories of his time in the military, including serving in a segregated unit in the Philippines in WWII, have been recorded by the Library of Congress’s Veterans History Project. 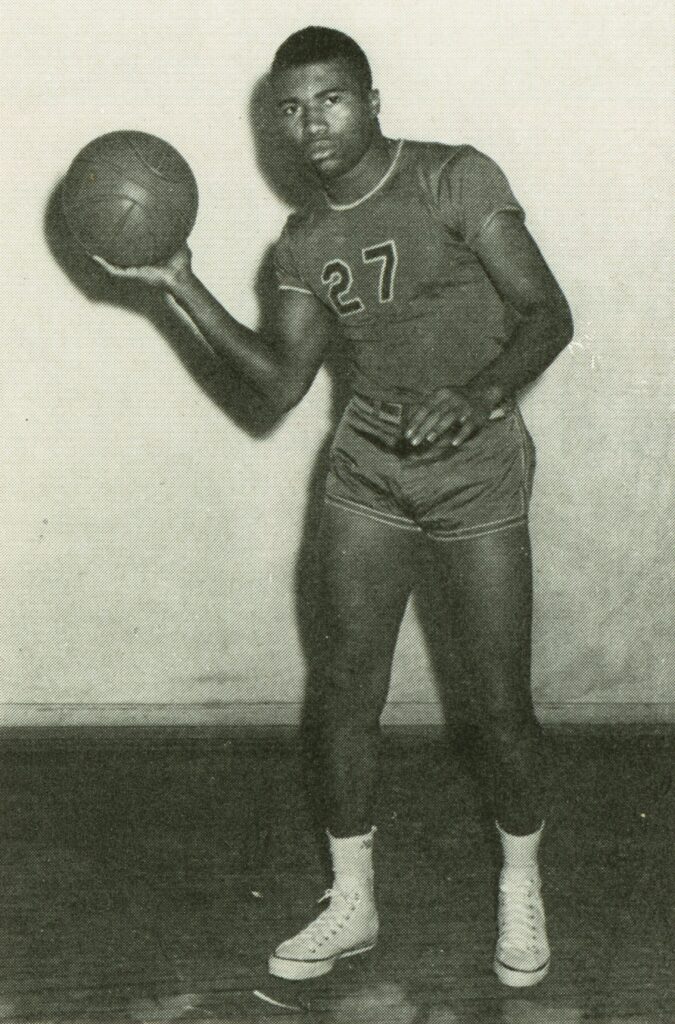 Allentown native William Elmo Jackson ’51 lives among the legends of the city’s sports history. While at Allen High, (now William Allen High School) he competed at the state level in basketball, track and football and was twice named to the All-State team for Pennsylvania. He was awarded a scholarship to Muhlenberg and also continued to shine athletically, serving on freshman teams as a tailback in football and as a guard in basketball. Muhlenberg honored his illustrious career in both sports through induction into the Mules’ Hall of Fame in 1999.

Jackson underwent a quintessential Muhlenberg rite-of-passage when he was called before the Freshman Tribunal in October 1947 for failing to carry pipe cleaners and matches, a Freshman Regulation requiring that the items be produced on demand for any upperclassman. He is quoted in the Muhlenberg Weekly as having felt at the time that he had gotten “a rough deal at first” but had come to realize that this sort of tradition was widespread across campuses and part of the fabric of the college experience.4

Following graduation in 1951, Jackson was offered a tryout with the Cleveland Browns, but although he attended training camp, he decided that his football career was over. After a four-year stint in the Air Force, and with the strength of his Muhlenberg pre-med training, he went on to obtain a doctorate in biology.

His career spanned 20 years working at Philadelphia General Hospital as a microbiologist and another 10 years specializing in forensics for the city’s police crime lab. Dr. Jackson passed away in 2008. 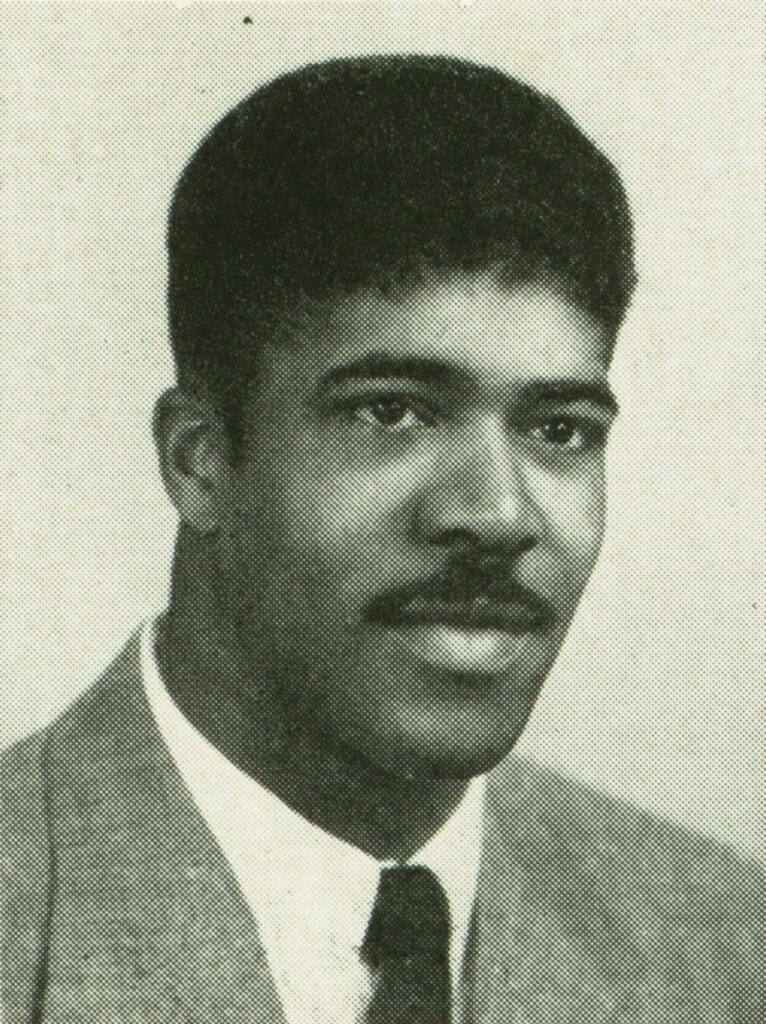 William N. Pulley ’51, of Red Bank, N.J., joined his fellow black students on the freshman football team, but his true athletic calling was track, in which he lettered. He served on the Sophomore Council in 1948-49 and as vice-president of the Varsity M-Club in 1950-51.

After achieving the rank of Captain in the Marine Corps, Pulley went on to spend his career as a plastics engineer for Ford Motor Company. He passed away in 2010. 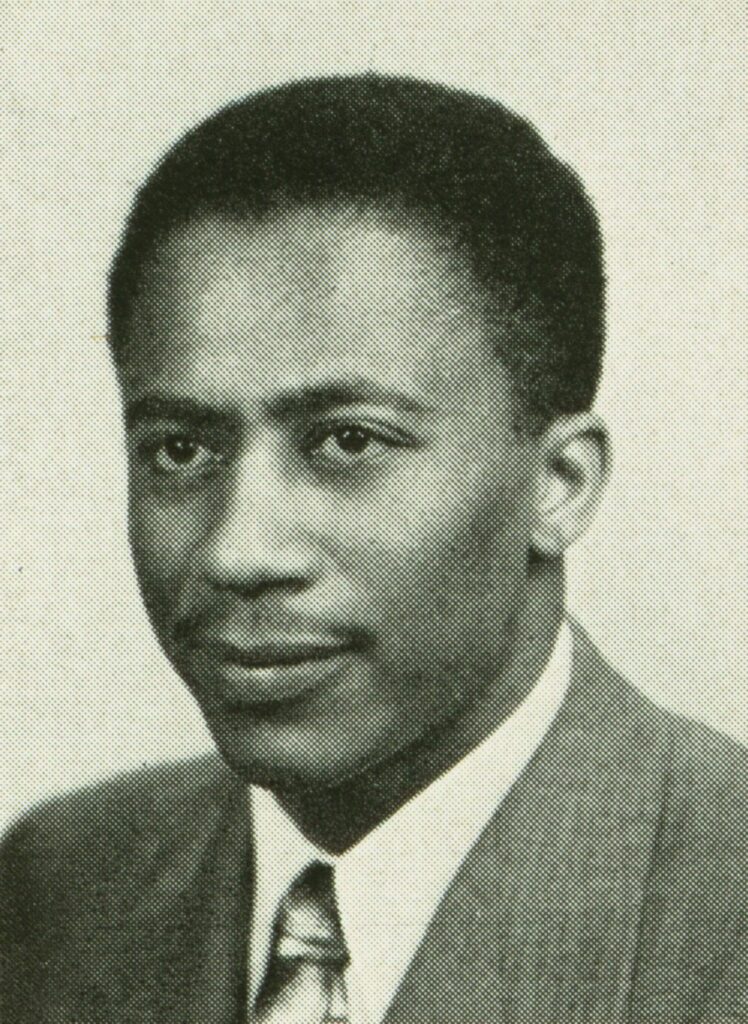 James R. Williams ’51 of Ardmore, Pa. arrived at Muhlenberg having already served as navigator, bombardier and pilot in the ranks of the Tuskegee Airmen, the famed black aviator corps. He was training for the planned invasion of Japan when the atomic bomb dropped on Hiroshima and Nagasaki in August 1945 rendered invasion unnecessary. His neighbor and friend, Julius Becton, Jr., recommended Muhlenberg College, and Williams joined the ranks of so many ‘Berg men at the time, enrolling under the benefits of the G.I. Bill.

Along with his fellow black students, Williams played freshman football and became involved in student government, serving as vice-president of his class during sophomore year and being nominated to serve on the Student Council during his junior year. After graduating in 1951 along with Elmo Jackson  and William Pulley, Williams pursued his medical degree at Meharry Medical College in Nashville and spent 50 years as a clinical and anatomic pathologist in Philadelphia.

In 2007, he, along with the other Tuskegee Airmen, was awarded the Congressional Gold Medal. Dr. Williams passed away in 2017.

Williams’ story and his personal accomplishments as a student, doctor and soldier were included as a feature article in the summer 2014 issue of Muhlenberg’s alumni magazine.

The full article can be viewed at the online magazine archive. 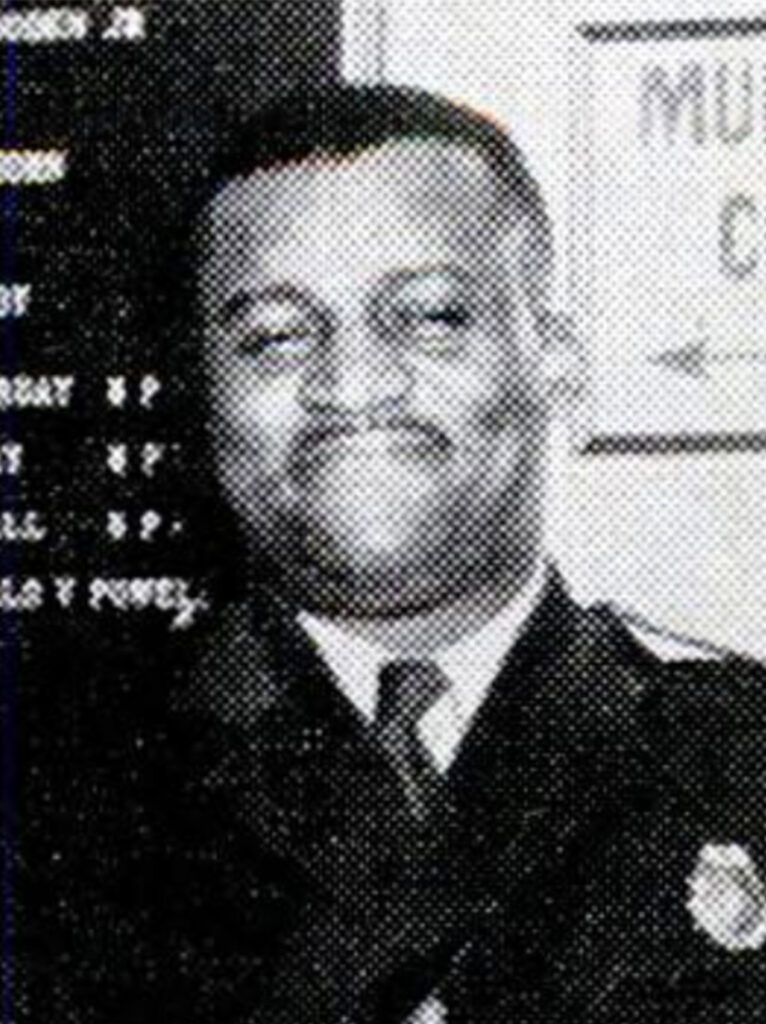 Payton I. Flournoy of Palmyra, N.J. attended Muhlenberg briefly in the 1947-48 academic year.

He had graduated from Palmyra High School in 1942,  where he had been the first black student to captain the football, track and wrestling teams. After graduation, he served in the Marines before arriving at Muhlenberg in the fall of 1947.

Flournoy was quarterback of the freshman Mules. From what we can determine, Flournoy seems to have transferred to New York University after one year at ‘Berg, and by 1950 he had joined the police force of his hometown of Palmyra.

In 1959, Flournoy was appointed police chief, the first black man to hold that position in Burlington County—and possibly in the nation. He was profiled in Jet shortly after his appointment5 and was featured in a national Viceroy cigarette campaign. Flournoy served as Chief until 1976 and passed away in 1991.