In an effort to increase diversity at Muhlenberg, the Academic Policy Committee, with the support and leadership of Dean Philip Secor, proposed a pilot program designed to bring economically disadvantaged Black students to the College. 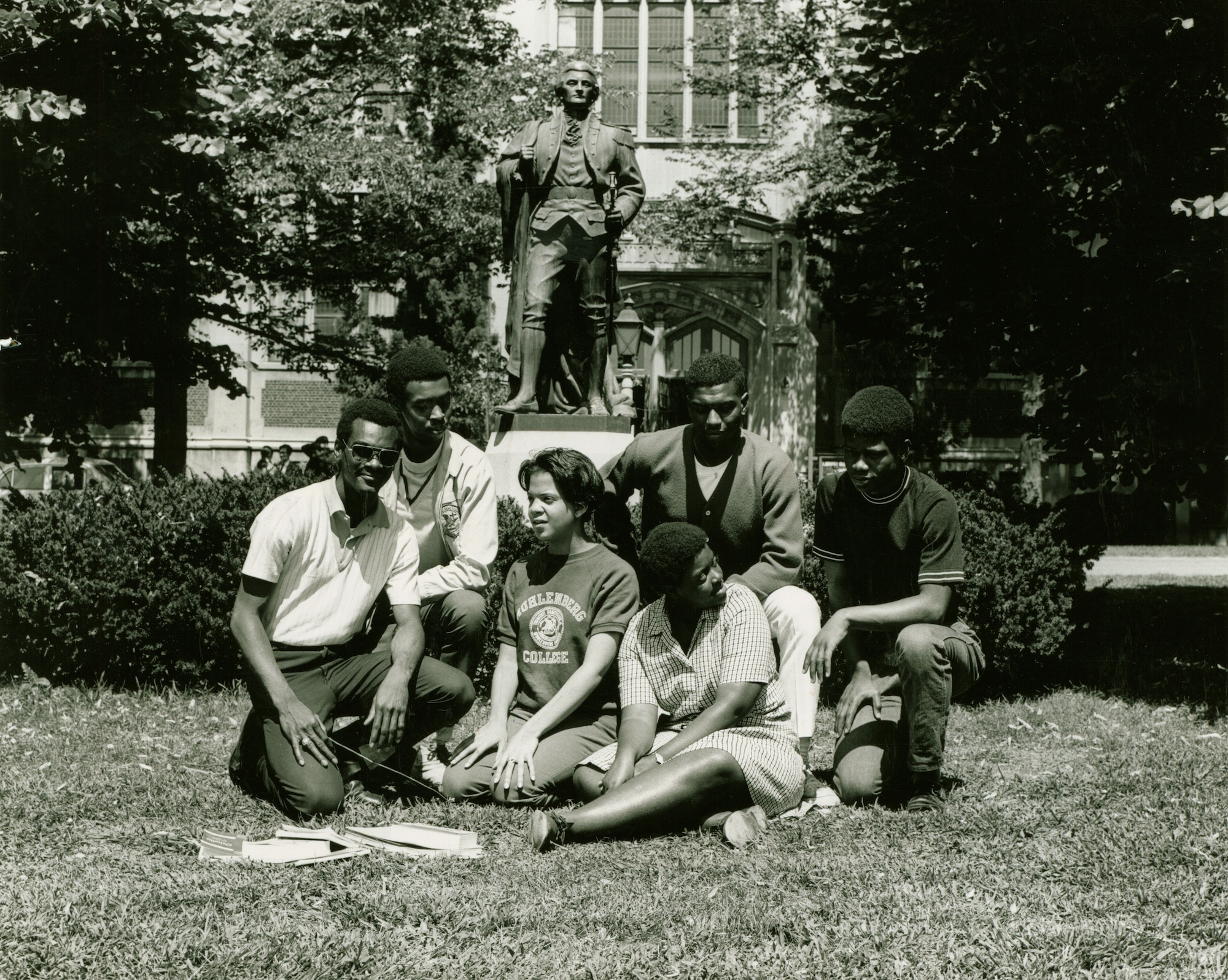 The Educational Opportunity Pilot Program (EOP) was approved by the Board of Trustees in late 1967 and was funded by the Lutheran Church in America, several private corporations, and some interested individuals.6 The program was under the direction of Dr. George Lee (Sociology). Six Black students were enrolled under the EOP during its first year, joining several others already enrolled. The students were selected from Philadelphia and Harlem, in part because of existing infrastructures in these respective cities: the Temple Opportunity Program (TOPS) and the Harlem College Assistance Program (HARCAP).

In the summer of 1968, the first EOP students arrived at Muhlenberg for a seven-week orientation program, one aimed at overcoming their “academic disadvantages.”

Even with the relative success of the program in its first year, a 1968 Weekly cover story addressed the work necessary to overcome the current low enrollment rate of Black students, not only at Muhlenberg but at peer institutions as well.7 Financial considerations continued to be cited as inhibiting recruitment and enrollment of Black students.

The EOP was not only continued but expanded in the second year, with the hope of its becoming a Lehigh Valley-wide initiative, but in the midst of the 1970-1971 academic year, the outside funding was lost and the program was discontinued.8 9 At its end, there were thirty-one Black students at Muhlenberg, twenty-three of whom had arrived thanks to the EOP. S

“We would show up, but we were never…never invited.” 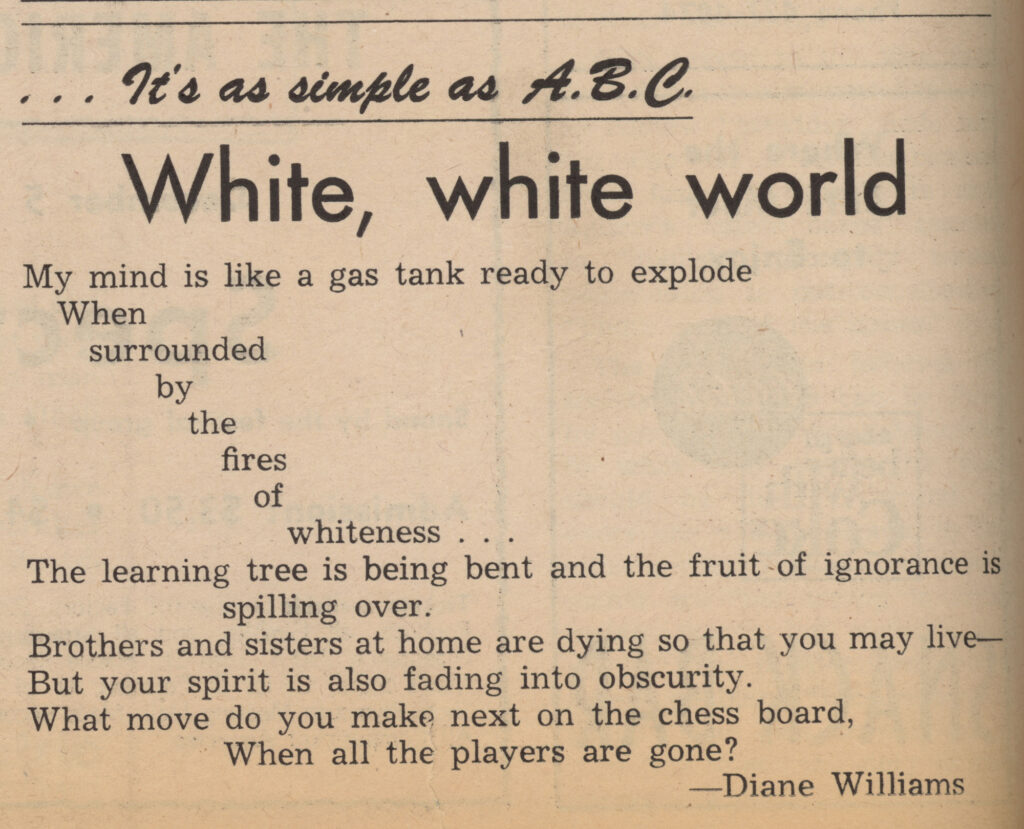 In the Spring of 1969, the students formed the first iteration of a Black Students Association at Muhlenberg, the Association of Black Collegians (ABC). An associated column appearing in the Muhlenberg Weekly, “It’s as Simple as ABC…,” often authored by Diane Williams ‘72, shared the perspective of a Black student at Muhlenberg in this era. 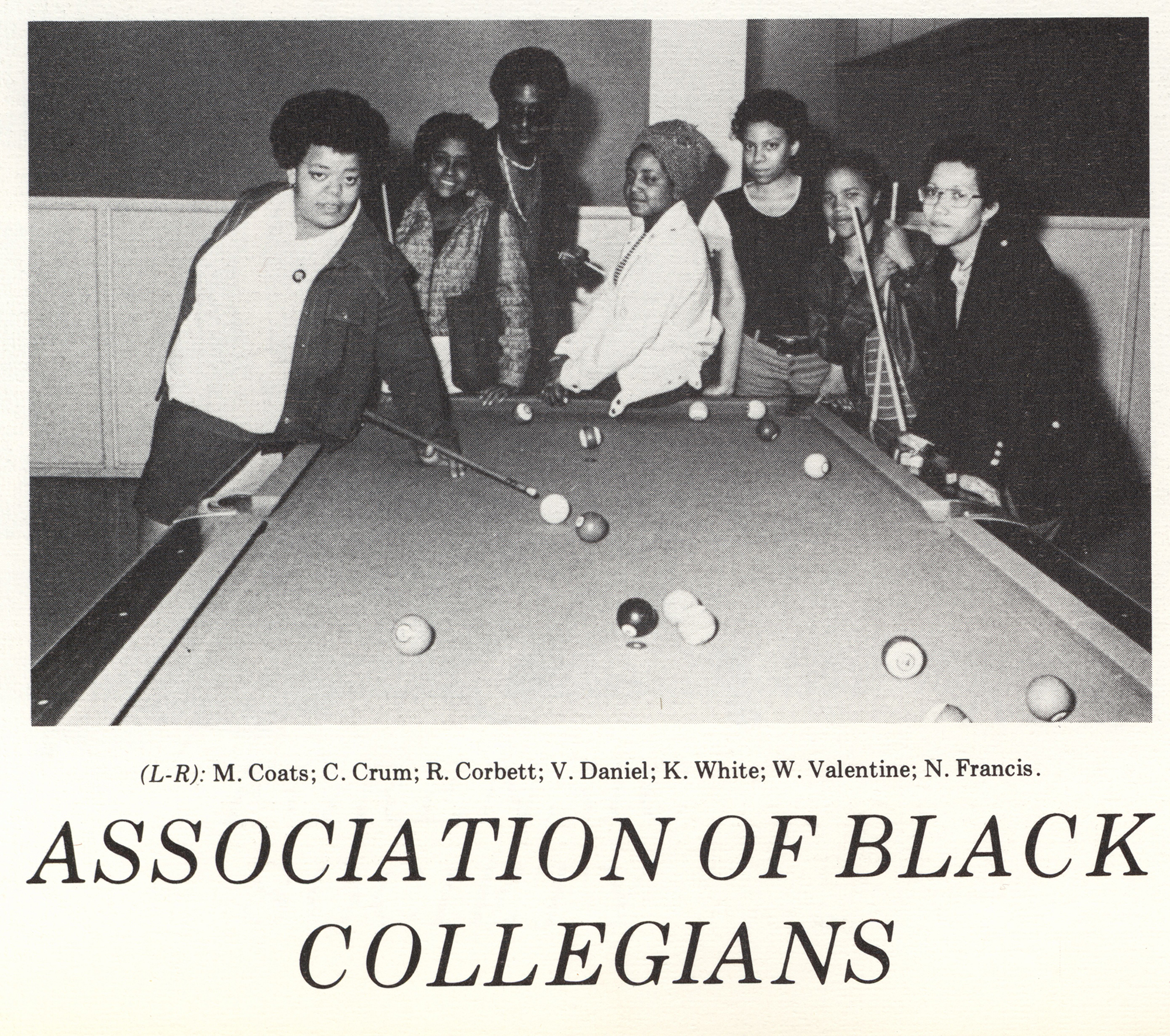 Early in 1971, a group of Black students presented the Student Council with a list of proposals that passed unanimously. The students requested more transparency with regards to the costs of attendance through all of the years of their Muhlenberg education (such a lack of transparency led to confusion throughout the EOP); that two Black student representatives accompany admissions staff during recruiting trips; and that a residence be designated for Black students only, stating that “the academic and social pressures which the [B]lack student encounters on the Muhlenberg College campus are deterrents to individual success. Therefore, we propose a [B]lack residential house for males to be utilized as an intellectual and cultural resource.”10

President John Morey refused the establishment of a separate residence hall, stating that this would defeat the purpose of “integrating students.” However, he did permit all Black male students to live together in one section of East Hall, together with white students. Morey also approved the establishment of a Black cultural center, which was set up in the basement of the Martin Luther dormitory and served as the headquarters of the ABC for several years.